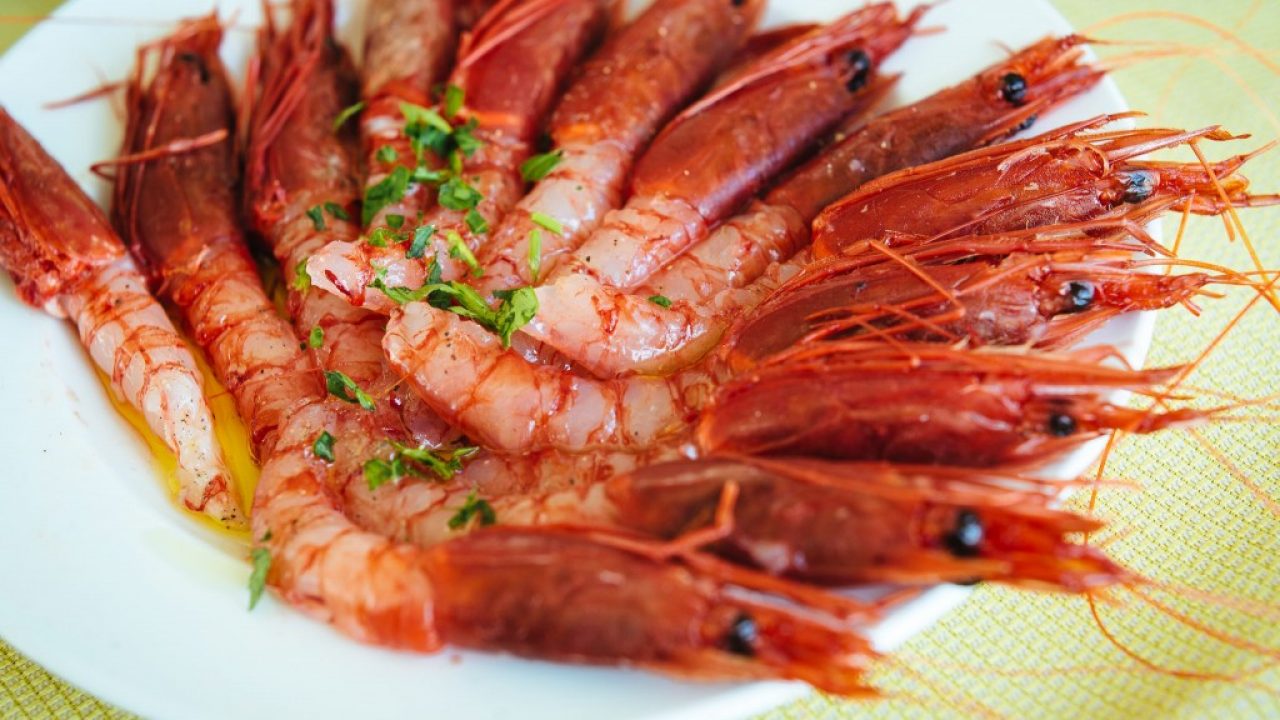 The history of  Mazara del Vallo’s red prawn is closely linked to the maritime tradition of the city, a little less than two hundred kilometers away from the coasts of Tunisia. Mazara boasts the largest fishing fleet in Italy and the second largest in Europe. The spearhead of Sicilian delicacies, the Mazara red prawn, ammaru russu in Sicilian, is mainly fished in the Mediterranean waters, south of Mazara, around Lampedusa and Malta, south of Pantelleria or further East, between Cyprus and Turkey. One of the peculiarities is the intense red color, almost coral.  The meats are compact and white, with a unique and unmistakable flavor. Before the advent of technology, red prawns were difficult to market because of the rapid perishability that began with the browning of the head, and its fate was to be thrown back into the sea. With the freezing techniques on board, developed by the Mazara fishing boats, the great commercial adventure of the red prawn began, which brought it to the most exclusive markets all over the world and in high international catering. Discover  here  some curiosities about the Mazara red prawn.

TRY THE RED PRAWN RAW WITH OUR SPARKLING WINE PALMARÈS BRUT, MARINATED WITH OUR COSTE A PREOLA GRILLO OR GRILLED WITH OUR MIDOR.